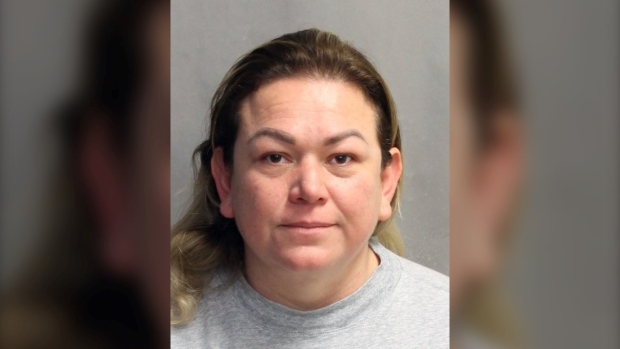 A 40-year-old woman is facing human traffic charges after she allegedly recruited Mexican nationals to come to Canada for work and then took a “significant” cut of their wages.

Members of the Toronto Police Service Human Trafficking Enforcement Team began an investigation into the matter in April.

Police say that investigators believe that the accused would recruit Mexican nationals “with the promise of attending Canada for work and housing” but would then confiscate their travel documents and lodge them in several properties.

“She exploited the victims’ immigration status in Canada. She facilitated the victims’ employment and significantly garnished their wages,” police alleged in a news release issued on Monday afternoon.

Police say that the woman assaulted and threatened at least one of the victims.

She was arrested on July 6 following the execution of two search warrants in the York Mills Road and Bayview Avenue area and the Birchmount Road and Lawrence Avenue area.

Luz Adriana Gonzalez Valbuena, 40, of Toronto, is facing 12 charges, including three counts of trafficking in persons.

Police say that investigators have made contact with more than 40 potential witnesses and victims so far but remain concerned there could still be additional victims out there.

“Police would like to encourage all affected individuals to come forward and report Human Trafficking occurrences to police. We want to make sure that everyone has access to support services and an exit strategy, regardless of their decision to proceed criminally,” the news release states.