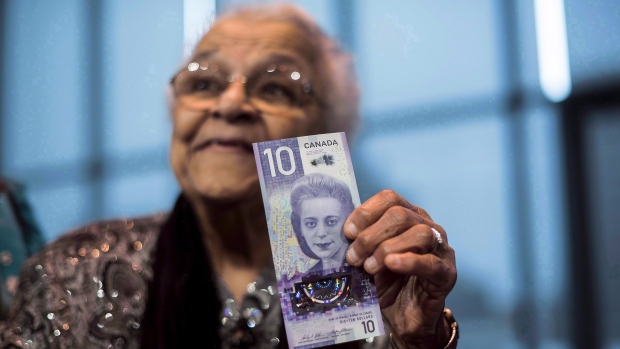 SYDNEY, N.S. – Wanda Robson, the youngest sister of the late civil rights activist Viola Desmond, has died at the age of 95.

Reached Monday, her husband, Joe Robson, confirmed that she had died Sunday in Cape Breton.

Robson, who lived in North Sydney, N.S., played a key role in raising public awareness to her sister’s civil rights legacy in Canada. Joe Robson said his wife had a “beautiful” personality, as he recalled their travels across Nova Scotia and other parts of the country to give talks about Desmond.

“It’s been 20 years of on the road, so to speak, talking about Viola to different school groups,” he said.

As a result of Robson’s work, the Nova Scotia legislature posthumously pardoned Desmond in 2010 – nearly 64 years after she was jailed for sitting in a whites-only section of a segregated movie theatre in New Glasgow, N.S.

An activist in her own right, Robson was named to the Order of Nova Scotia in December as a “pillar of the African Nova Scotian community.”

In 2004, Robson earned a bachelor of arts degree from Cape Breton University at the age of 77. She wrote a book in 2010 titled, “Sister to Courage,” which recounted stories from her life.

Robson attended a ceremony at the legislature in April 2010 at which Desmond, who died in 1965, received an official apology and pardon from the province for her arrest in November 1946. She told the gathering that she was “numb with joy,” adding that it had taken her years to realize her sister’s historical significance.

Robson, who was 13 years younger than Desmond, said her journey began as she audited a university course on race relations in 2000 that examined Desmond’s case.

“The professor â€¦ had me tell the class the story of Viola, and it just became my mission,” she said.

Robson’s public service also included three terms on the Nova Scotia Advisory Council for the Status of Women, and she served in a number of leadership roles for Girl Guides of Canada over a 25-year period.

In a tweet Monday, the Delmore Buddy Daye Learning Institute in Halifax, which addresses African Nova Scotia educational issues, noted the loss of a “beautiful soul and a powerful mind.”

Robson had a special relationship with the institute, the tweet said, “and just like her sister Viola Desmond, her legacy will live on.”

Joe Robson echoed the sentiment and said he wanted people to know his wife was always eager to offer her help to others.

“Whether you were a two- or three-year-old, or an 80- or 90-year-old, you got the same response from her in terms of her interest in who you were,” he said.

This report by The Canadian Press was first published Feb. 7, 2022.