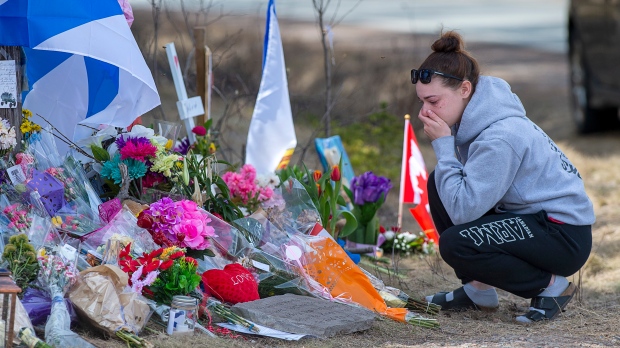 HALIFAX – The public inquiry investigating the 2020 mass shooting in Nova Scotia that claimed 22 lives is facing intense criticism from victims’ relatives one week before the proceedings are to begin.

The law firm that represents most of the family members issued a statement late Monday saying its clients are worried their role in the inquiry will be “unduly reduced, if not actively restricted.”

Patterson Law, based in Truro, N.S., said there is a feeling of “deep discouragement” with the federal-provincial inquiry because it has been delayed and has offered limited information about the role witnesses will play in the proceedings, scheduled to start in Halifax next Tuesday.

“Our clients will not be satisfied for their participation to be anything but fulsome and meaningful, and they will not endorse a public inquiry which provides them with anything less,” the law firm’s statement said.

“Our clients insist, and will continue to insist, that a public inquiry which they can support must embody a thorough and demonstrably impartial canvassing of all evidence relevant to what happened on April 18-19, 2020, and why those events happened.”

Patterson Law says it is worried the fact-finding portion of the inquiry will be truncated as a result of the delays, which means evidence before the inquiry may not be fully explored.

The inquiry’s mandate requires it to file a final report by Nov. 1.

The firm’s statement says it remains unclear who will be called as witnesses, how they will be asked to give evidence and whether lawyers representing the families will be allowed to question them or make any kind of submissions at the proceedings.

A spokesperson for the inquiry could not be immediately reached for comment.

Ed Ratushny, a professor emeritus at the University of Ottawa’s law school, said the information requested is justified.

“I can’t understand why the commission has not already provided it, not only to the lawyers but also to the entire public,” Ratushny said in an email.

“Public inquiries are created because the public does not trust other institutions to fulfil their function. But the Patterson document appears to conclude that the public may be on the verge of not trusting this commission either.”

Ratushny, author of the 2009 book, “The Conduct of Public Inquiries,” said a commission of inquiry is supposed to ask tough questions, identify where things went wrong and recommend changes.

“But right now, I just don’t see that happening,” the professor said. “This is a serious condemnation of the commission’s failure to disclose completely what it has done to date, how it will proceed from here and why they have waited so long to reveal all of this.”

On Jan. 31, the inquiry responded to earlier criticism from the law firm, saying the inquiry’s three commissioners were trying to balance the desire of victims’ families to keep the hearings on schedule with requests from others for more time to prepare. But the commissioners’ statement said little about how evidence or witnesses would be handled.

The inquiry has been asked by the federal and Nova Scotia governments to determine what happened during a lone gunman’s 13-hour rampage that began in Portapique, N.S., on April 18, 2020, and resulted in the shooting deaths of 22 people, including a pregnant woman.

Nova Scotia lawyer Adam Rodgers, who has a blog about the proceedings, has also been raising questions about the inquiry’s approach.

It would appear the inquiry will by relying on surveys, panel discussions and previously compiled “foundational documents” to provide evidence at the hearings, rather than the traditional method of submitting witnesses to direct questioning and cross-examination, Rodgers said.

“It’s meant to save time on testimony,” Rodgers said in an interview Monday. “If it looks like the commission will be presenting documents and presenting their version of events, that would undermine the credibility of the commission.”

“The question has been put to the commission quite directly and they haven’t answered it directly,” he said. “By possibly presenting evidence rather than having witnesses on the stand and available to be challenged, it could becomes more of a presentation than a hearing, and public engagement will really suffer.”

Rodgers said witness testimony is key to any inquiry, referring to his experience with the provincial fatality inquiry in Nova Scotia investigating why former Afghanistan war veteran Lionel Desmond killed three family members and himself in January 2017. That inquiry is set to resume next month.

“It was difficult for family members to get on the stand and talk about their lost loved-ones,” Rodgers said.

“But it was also an opportunity for them to process their own emotions . . . . If we’re going to miss out on that because of some misguided sense of people’s trauma, then I think that’s going to be a lost opportunity.”

This report by The Canadian Press was first published Feb. 15, 2022.