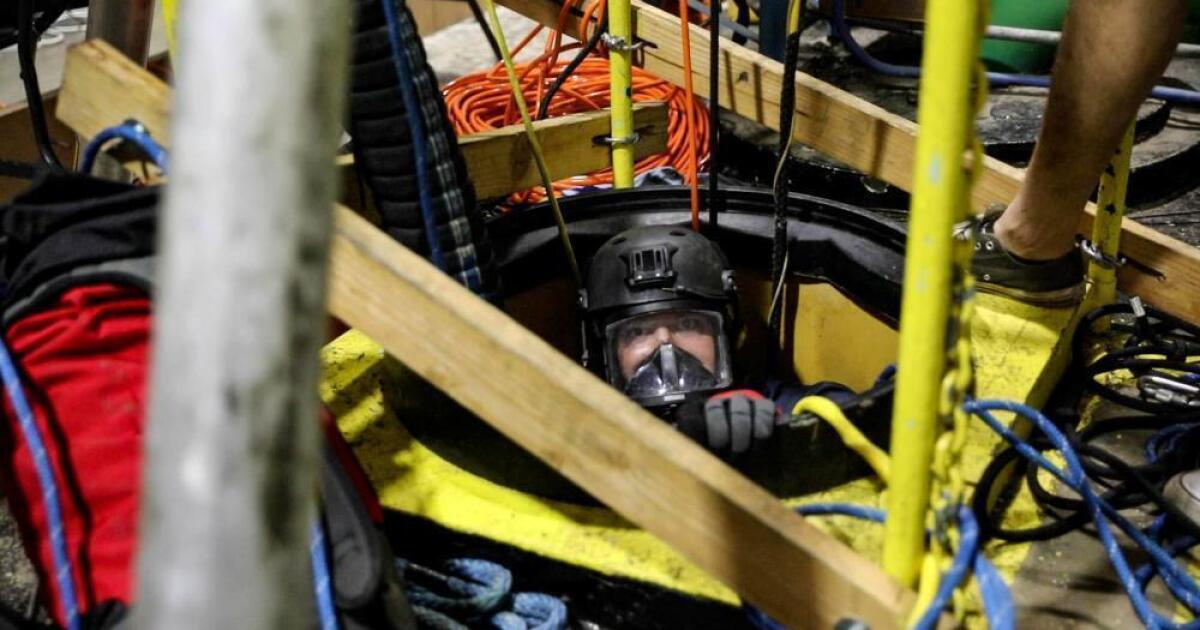 Its very existence was a secret for years. Even after it was declassified, few people paid attention — until late last year, when jet fuel leaked into a drinking water well, showed up in tap water and sickened thousands in military housing.

Now the Navy is scrambling to contain what one U.S. lawmaker calls a “crisis of astronomical proportions.” Native Hawaiians, veterans, liberals and conservatives across Hawaii are all pushing to shut down the tanks even though the Navy says they’re vital to national security.

Military medical teams have examined more than 5,900 people complaining of symptoms including nausea, headaches and rashes. The military has moved about 4,000 mostly military families into hotels and has flown in water treatment systems from the U.S. mainland.

In the first six weeks since the water crisis emerged, the Navy spent more than $250 million addressing the public health emergency.

“Frankly, it’s been a nightmare and a disaster. A total disaster,” said Democratic U.S. Rep. Kaiali‘i Kahele of Hawaii.

Kahele, a combat pilot who still serves as an officer in the Hawaii National Guard, is the lawmaker who characterized the crisis as astronomical at a hearing in December. An admiral said that the Navy takes the blame.

The military built the Red Hill Bulk Fuel Storage Facility in the early 1940s by excavating caverns within the mountain ridge to protect 20 fuel tanks from aerial attacks. Each tank is about the height of a 25-story building and can hold 12.5 million gallons.

The tanks are connected to underground pipelines that send fuel about 2.5 miles to Pearl Harbor and to ships and planes used by the Air Force, Army, Coast Guard, Marines and Navy.

The Navy hasn’t determined how petroleum got in the water. Officials are investigating a theory that jet fuel spilled from a ruptured pipe last May and somehow entered a fire suppression system drain pipe. They suspect fuel then leaked from the second pipe Nov. 20, sending it into the drinking water well.

Within a week, military families started complaining about health problems.

Lauren Wright remembers her skin peeling, feeling nauseous and vomiting. Her symptoms disappeared only when she stopped drinking, showering and washing dishes with her home’s water.

“I’m a proud Navy spouse, but this is not right — to do this to your families,” she said.

Since early December, Wright, her sailor husband and their three children ages 7 to 17 have been among the thousands of military families living in Honolulu hotels paid for by the Navy so they can have clean water.

The Navy has been trying to clear petroleum from the contaminated well and pump it out of the aquifer. Officials are also flushing clean water through the Navy’s water system — which serves 93,000 people in military homes and offices in and around Pearl Harbor. Teams have separately visited homes and workplaces to flush individual water pipe systems.

But Wright said Marines sent to flush a neighbor’s home received two days of training, failed to follow a checklist for the work and had to be taught how to do the job by a neighbor with expertise.

“We’re all afraid that we are going to be forced into our toxic homes and go right back to it,” she said.

The first major complaints about the fuel complex came in 2014, when 27,000 gallons leaked from one tank but didn’t get into the drinking water.

The Navy blamed contractor error and ineffective oversight. The Sierra Club of Hawaii and Honolulu’s water utility warned leaks could seep into one of Honolulu’s most important drinking water aquifers, just 100 feet below the tanks, but the Navy resisted calls to move the facility.

The aquifer normally supplies more than 20% of the water consumed in the city. After the latest spill, Honolulu’s water utility shut off three wells to prevent petroleum from migrating through the aquifer into the utility’s drinking water.

If the biggest of the three wells remains shut, about 400,000 people in neighborhoods including downtown and Waikiki could face rationing and outages during the summer when water demand increases.

The Navy last month said it would comply with an order by Hawaii Gov. David Ige, a Democrat, to drain the tanks and not use them until it’s safe to do so. But it reversed course this week and appealed to get more time to work on solutions.

The Navy has said draining the tanks wouldn’t affect short-term Pacific operations, but commanders said they would give congressional members a classified briefing on longer-term implications.

Many Hawaii residents, including Republican state Rep. Bob McDermott, say the dangers posed by the tanks justify getting rid of the fuel complex forever. The Marine veteran has two sons in the Navy, one son who is a Marine veteran and another currently at Marine Corps boot camp.

“I’m very close to the military, but these things are too old. It’s just that simple. And if they’re going to look at infrastructure for the next century, they need to fill these things in with dirt,” said McDermott.

Forty-eight of the 51 members of the state House of Representatives signed a letter to Defense Secretary Lloyd J. Austin III calling for the tanks to be decommissioned. State senators are considering legislation to outlaw them.

Esther Kiaʻāina, a Honolulu city council member, said public trust in the military in Hawaii could be scarred if the Navy doesn’t close the tanks for good.

“This is a watershed moment. This is a turning point for the military’s relationship with Hawaii,” said Kiaʻāina, who was an Interior Department assistant secretary during the Obama administration.

She warned that failure to shut them down could jeopardize the military’s ability to obtain lease extensions for state lands under sites like Pohakuloa Training Area, a Big Island site used by the Army and the Marines.

Converse, the deputy Pacific Fleet commander, said during the congressional hearing that the Navy is working to restore public trust.

“We recognize how much these events impacted the lives of so many, and we are firmly committed to restoring safe drinking water in a manner that builds trust and protects the land and the waters of Hawaii,” Converse said.

Hawaii has been a strategically important outpost for the U.S. military since the early 1900s, when it set up a coal refueling station for steam-powered warships at Pearl Harbor. Today defense spending accounts for 8.5% of Hawaii’s gross domestic product.

Activist protests got the Navy to stop bombing Kahoolawe Island for target practice in 1990. This time, opposition to the military is broader because it involves water, something that everyone connects to, said Colin Moore, a University of Hawaii political science professor.

“I don’t think they have any friends on the island at this point,” he said.