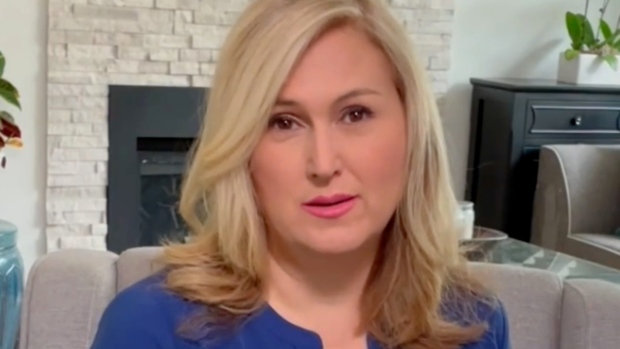 Toronto radio host John Derringer was absent from Q107’s ‘Derringer in the Morning’ Tuesday after former colleague Jennifer Valentyne posted a lengthy video on social media over the weekend alleging harassment and gender discrimination within the workplace.

In the nearly thirteen-minute-long video, Valentyne doesn’t name specific companies or individuals, but details events in which she says she was the victim of verbal abuse, gender discrimination and workplace harassment, along with having her physical health jeopardized. She also said she’s previously filed a complaint with the Canadian Human Rights Commission.

“What would you do if a co-worker screamed at you, belittled you, called you names, shut you out, brought you to tears, and then laughed when he told you to cry all you want? That he didn’t feel one bit sorry for you, and let you know with utter conviction that if you went to HR, they would choose him?” Valentyne starts the video by saying.

“Would you take a dream job working as a radio host if you knew you would be working with a co-host with accusations of prior abusive behaviour towards women and that you would also be exposed to two, sometimes three men vaping in an enclosed room for four hours a day with no ventilation? Would you complain about it?” she continues.

In a statement sent to CTV News Toronto, Corus Entertainment, the company that owns Q107, confirmed they have received complaints from Valentyne.

“A few years ago, Ms. Valentyne shared certain concerns and we took action to review at that time. There is also a process underway with the Canadian Human Rights Commission. We have had mediated conversations with her, been responsive to proceedings, and we are waiting determination of next steps,” the statement said.

They also said they would be launching an external investigation into the alleged incidents and Derringer in the Morning would be put on hiatus pending the results of the investigation.

“Over the past two days we have received new information about workplace concerns. We have referred these to our ethics and conduct team,” the company said.

In Valentyne’s video, she says she was encouraged to remain silent about the alleged abuse and that she did so, until her physical health was put at risk.

“Like so many women, I have put up and shut up,” she said. “But there was one thing I just couldn’t put up with: a company that was willing to put my physical health in jeopardy.”

She said she was forced to breathe vape smoke in close quarters for thousands of hours, lost her voice two times and was eventually prescribed an inhaler and steroids.

Valentyne said she presented her concerns to upper management, but that ultimately, nothing was done. She said she believes her decision to complain led to her being fired.

Many former colleagues and coworkers have expressed support for Valentyne since she made the allegations.

“It always feels good to see a friend and a former colleague stand up for themselves,” Dwivedi said when reached over the phone.

She also said it was “known” that employees were vaping in the studio Valentyne worked in.

On Twitter, Dwivedi said “any claims from management or other senior media [people] that they had no idea this was going on are BS.”

“We all knew what Jenn was dealing with in that studio,” she wrote.

Also on Twitter, former John Derringer co-host Maureen Holloway wrote, “This is brave and true. I back Jennifer up 100 percent.”

This is brave and true. I back Jennifer up 100 percent.

The Derringer in the Morning landing page on q107.com was offline as of Monday.

Valentyne told CTV News Toronto she is not launching any legal action against Corus Entertainment.