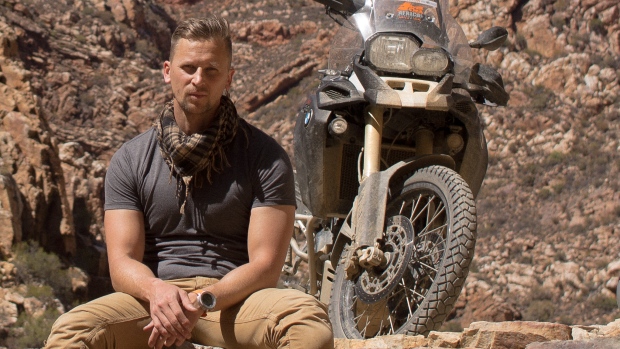 Yuri Pershin’s family immigrated to Canada when he was 12 years old, arriving at Toronto’s Pearson airport only to find the person who had promised to take them in had not shown up.

Half of their luggage had been lost in transport and the family was left standing at Terminal 1, unsure of how to call a cab or where they would go. That’s when two Polish airline workers approached them and asked if they needed help.

“And you know, that changed everything,” Pershin told NEWSTALK1010’s Moore in the Morning on Tuesday.

The workers put the family up at their hotel for a few days and helped Pershin’s parents search for an apartment, find schools for their children, and navigate Toronto’s banking system.

“All the little problems that can completely paralyze a family who are starting from scratch. And I cannot describe how valuable that help was to my family,” he said. “If I could offer someone even a fraction of the relief that they did for us, I think it would be tremendous.”

That’s why Pershin has signed up to provide temporary shelter to refugees fleeing the war in Ukraine. While he says he has never had to flee from a war-torn country, his family fled Russia in the early 1990s following the collapse of the Soviet Union and he understands what that experience is like.

He said he found a Facebook group, which then pointed him to an independently-run website where he could provide a listing for his basement apartment.

“It was an Airbnb that my fiancé and I rented out for a while until COVID hit and then we kind of reclaimed it back and we are enjoying the space,” he said. “But it is there and, you know, we don’t quite need it as badly as somebody whose been uplifted by conflict.”

Millions of Ukrainians have fled their homes to neighbouring countries since the war began in February, with another 6.5 million displaced inside Ukraine according to the United Nations.

The federal government has said that more than 9,000 Ukrainians have come to Canada since late January and that about the same number of applications are still processing.

Ukrainian refugees are being allowed to stay in Canada for up to three years, officials have said, and the government is considering providing economic supports to those willing to take them in.

The “Canada-Ukraine Authorization for Emergency Travel” program, which provides accelerated temporary residency, is now accepting applications and the government says it’s expected to take an average of two weeks for those applications to be approved.

The government is also setting up a job bank so that Canadian employers can post available jobs. The Ontario government has also said they will be setting up a similar portal.

For Pershin, it’s those extra supports that make all the difference—and is one of the reasons why he thinks he would make a great host.

“We live in High Park, so it’s pretty close to the Ukrainian diaspora in Toronto,” he said. “And I have a pretty great professional network …so even if someone needs help with employment, hopefully I can help basically in any way I can.”