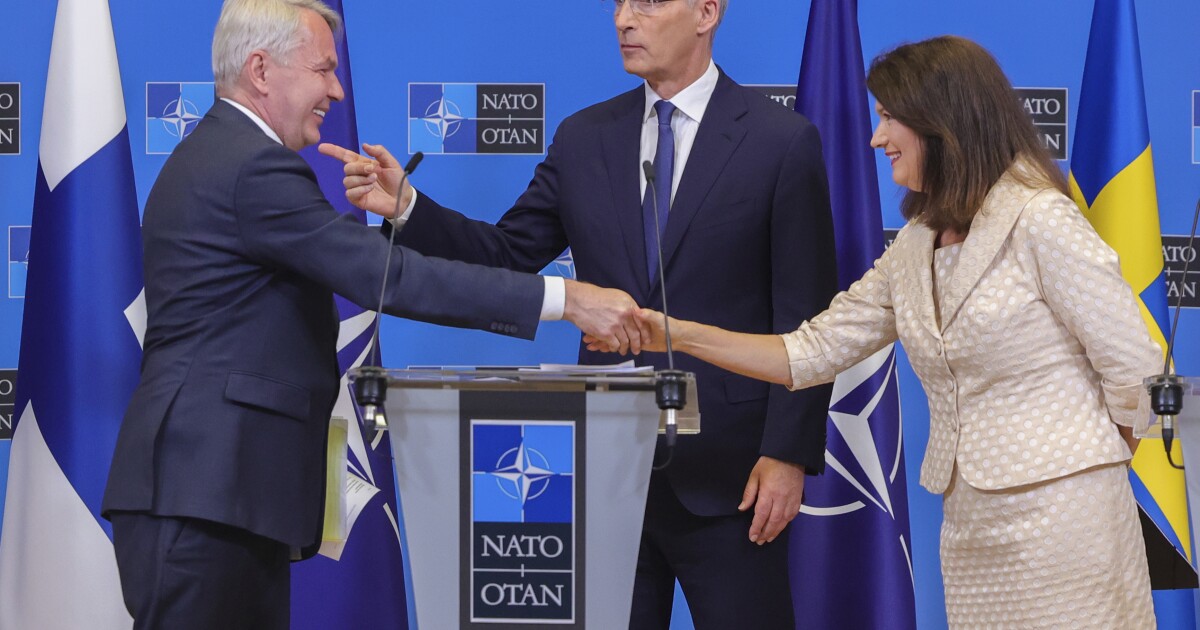 The Senate is set to ratify NATO membership for Finland and Sweden, a crucial step toward swiftly expanding the Western military alliance with a show of U.S. support in response to Russia’s war with Ukraine.

Senators have invited the ambassadors of the countries to witness Wednesday’s historic debate and vote, which would open a new era for the North Atlantic Treaty Organization. President Biden has sought quick entry for the two previously non-militarily aligned Northern European allies, and the ratification resolution has wide bipartisan support in Congress.

“Our NATO alliance is the bedrock that has guaranteed democracy in the Western world since the end of World War II,” said Senate Majority Leader Charles E. Schumer (D-N.Y.).

Schumer said he and Republican leader Mitch McConnell of Kentucky had committed to the Swedish and Finnish leaders that the Senate would approve the ratification resolution “as fast as we could” to bolster the alliance “in light of recent Russian aggression.”

NATO’s 30 member countries are in the process of considering the addition after Sweden and Finland set aside their long-standing stance of military nonalignment. It was a major shift of security arrangements for the two countries after neighboring Russia launched its war on Ukraine earlier this year.

The U.S. and its European allies have rallied with newfound partnership in the face of Russian President Vladimir Putin’s aggression, strengthening the NATO alliance.

Biden sent the protocols to the Senate for review in July, launching a notably speedy process in the typically divided and slow-moving Congress.

Each NATO member country needs to approve the accession of new members. The process ran into trouble when Turkey raised concerns over adding Sweden and Finland, in part because it views the two countries as soft on banned Turkish Kurdish exile groups. But the process has continued to move forward despite those early reservations.

On Wednesday, the Senate is expected to launch several hours of debate, including on two amendments, before the final vote.

One amendment from Sen. Rand Paul (R-Ky.) would ensure that NATO’s guarantee to defend its members does not replace a formal role for Congress in authorizing the use of military force. Another from Sen. Dan Sullivan (R-Alaska) would declare that all NATO members should spend a minimum of 2% of their gross domestic product on defense and 20% of their defense budgets on “major equipment, including research and development.”

Other countries’ contributions to NATO funding was a sore point during the Trump era, including among some Republicans, but those complaints have receded in the face of Russia’s war in Ukraine.

McConnell has taken a lead role in urging GOP support for NATO and vowed that Sweden and Finland would be quickly approved for membership during his own visit to Kyiv, Ukraine’s capital, and the region earlier this year.