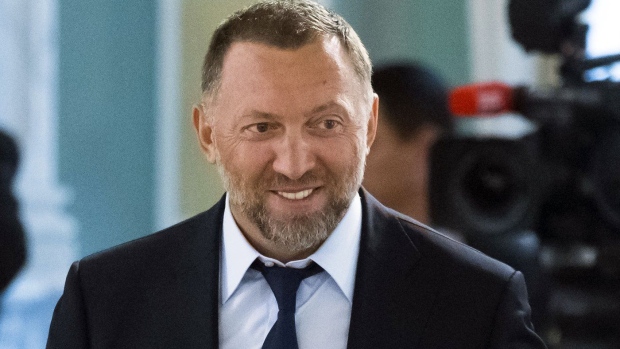 OTTAWA – A Russian oligarch indicted in the United States today for conspiring to circumvent its sanctions regime stands accused of, among other things, having flowers delivered to a former member of Parliament in Canada.

Oleg Vladimirovich Deripaska has been subject to U.S. sanctions since 2018 and was added to Canada’s own sanctions list this year after Russia’s invasion of Ukraine.

Despite being prohibited from obtaining U.S. goods and technology, the FBI alleges that Deripaska directed co-conspirators to make millions in proceeds in that country on behalf of him and one of his companies, Basic Element.

Deripaska and two others, Russian citizen Natalia Mikhaylovna Bardakova and American citizen Olga Shriki, were charged with conspiring to violate and evade U.S. sanctions, and Shriki was arrested this morning.

Shriki’s lawyer, Bruce Maffeo, declined to comment when asked about the deliveries.

This report by The Canadian Press was first published Sept. 29, 2022.