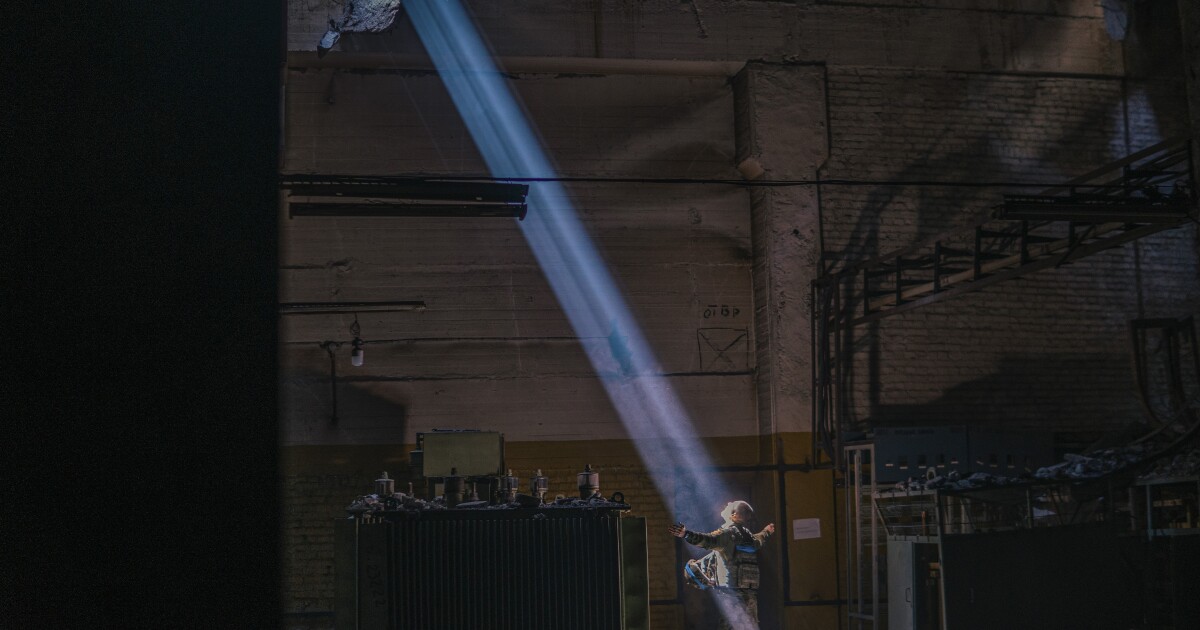 Russia’s Supreme Court declared Ukraine’s Azov Regiment a terrorist organization Tuesday, a move that could lead to terror charges against some of the captured fighters who made their last stand inside Mariupol’s shattered steel plant.

Russia and its separatist allies are holding an estimated 1,000 Azov soldiers prisoner, many since their surrender at the steelworks in mid-May. Russian authorities have opened criminal cases against them, accusing them of killing civilians. The addition of terrorism charges could mean fewer rights and longer prison sentences.

A terrorist organization leader could receive 15 to 20 years, and group members could get five to 10, according to Russian state media.

In testimony journalists were allowed to view, witnesses appearing before the Supreme Court supported the proposed terrorism designation, but most of the proceedings were held behind closed doors, so it was not known if any opponents testified.

“I can testify myself that Ukrainian snipers — Azov snipers — really shot civilians trying to escape the city” of Mariupol, Marina Akhmedova of the Presidential Council for the Development of Civil Society and Human Rights testified. “I saw bodies lying on roads with my own eyes. There were many of them, and they were lying probably 10 meters apart from one another. There were no shell craters beside them.”

In a statement, the Azov Regiment dismissed the ruling, accusing the Kremlin of “looking for new excuses and explanations for its war crimes.” It urged the U.S. and other countries to declare Russia a terrorist state.

The Azov soldiers played a key part in the defense of Mariupol, holding out for weeks at the southern port city’s steel mill despite punishing attacks from Russian forces. Ukrainian President Volodymyr Zelensky hailed them and the other defenders as heroes.

Moscow has repeatedly portrayed the Azov Regiment as a Nazi group and accused it of atrocities, but has publicly produced little evidence.

The regiment, a unit within Ukraine’s National Guard, has a checkered past. It grew out of a group called the Azov Battalion, formed in 2014 as one of many volunteer brigades created to fight Russia-backed separatists in eastern Ukraine. The battalion drew its initial fighters from far-right circles.

While its current members reject accusations of extremism, the Kremlin has seized on the regiment’s right-wing origins to cast Russia’s invasion as a battle against Nazi influence in Ukraine. Russian state media has repeatedly shown what it claimed to be Nazi insignias, literature and tattoos associated with the regiment.

Last week, dozens of Ukrainian POWs, including Azov fighters from the steel plant, were killed in an explosion at a prison barracks in Olenivka, an eastern town controlled by pro-Russian separatists. Moscow and Kyiv have blamed each other, with Kyiv saying Russia blew up the barracks to cover up torture against the POWs.

In its ruling, the Supreme Court banned the Azov Regiment in Russia. That could also outlaw the regiment in areas of Ukraine occupied by Russian or Russia-backed forces, if those territories go ahead with plans to become part of Russia.

Meanwhile, the first cargo ship loaded with grain to leave Ukraine since Russia invaded more than five months ago safely crossed the Black Sea and anchored just outside Istanbul on Tuesday en route to Lebanon, under an agreement Moscow and Kyiv signed last month to unblock Ukraine’s agricultural exports and ease a global food crisis.

An estimated 20 million tons of grain have been stuck in Ukraine since the start of war. The U.N.-brokered agreement to release the grain calls for the establishment of safe corridors through the mined waters outside Ukraine’s ports.

The Razoni, which set sail from the port of Odesa on Monday with more than 26,000 tons of corn, was scheduled for inspection Wednesday in Istanbul by a team of Russian, Ukrainian, Turkish and U.N. officials, as part of the deal.

More ships from Ukraine are expected to set out in the coming days. Some 27 vessels have been waiting in three Ukrainian ports with cargo and signed contracts, ready to go, said U.N. spokesman Stephane Dujarric.

Global food prices have been soaring in a crisis blamed on the war, supply chain problems and COVID-19. While Ukraine is a major global grain supplier, the agreement may not make much of a dent in world hunger.

Most of the grain stuck in Ukraine is to feed livestock, according to David Laborde, an expert at the International Food Policy Research Institute in Washington. Only 6 million tons is wheat, and just half of that is for human consumption, Laborde said. He said Monday’s shipload is chicken feed.

“A few ships leaving Ukraine is not going to be a game changer,” he said.

Still, Zelensky said the resumption of grain exports will reduce Russian authorities’ ability to extract concessions from the West. “They are losing one of the opportunities to terrorize the world,” he said in his nightly video address.

The ship’s departure came against a backdrop of continued fighting, especially in southern and eastern Ukraine. A Russian rocket hit an antiaircraft missile system in the Lviv region of western Ukraine, near the Polish border, Ukrainian authorities said. There was no immediate word on damage or casualties.

In other developments Tuesday:

— The U.S. announced more sanctions against people close to Russian President Vladimir Putin, saying it has frozen the visa of a woman identified in news reports as Putin’s longtime romantic partner, Alina Kabaeva.

— A train carrying evacuees from the embattled Donetsk region arrived in Kropyvnytskyi in central Ukraine, beginning what Ukrainian authorities described as a compulsory evacuation in the east. Officials expect to evacuate 200,000 to 220,000 people from the region before the fall to get them out of harm’s way.

— Russian Defense Minister Sergei Shoigu claimed his country’s forces have destroyed six of the more than dozen HIMARS rocket launcher systems that the U.S. has supplied to Ukraine. Ukraine issued no immediate comment. The launchers have given the Ukrainians more accurate, longer-range firepower.