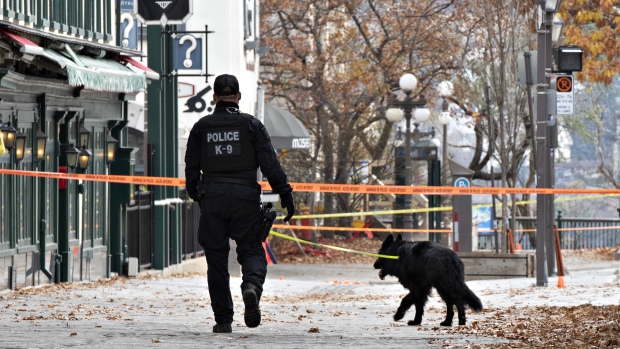 Carl Girouard, 26, was convicted on two counts of first-degree murder and five counts of attempted murder.

Girouard had admitted to the acts, but his defence lawyer argued his client was not criminally responsible due to a mental disorder and could not tell right from wrong.

The Crown countered that the killings were premeditated and that Girouard was aware of his actions that night.

An 11-member jury had to decide whether Girouard was not criminally responsible or was guilty of first-degree murder, second-degree murder or manslaughter.

It returned with its verdicts today after five days of deliberations.