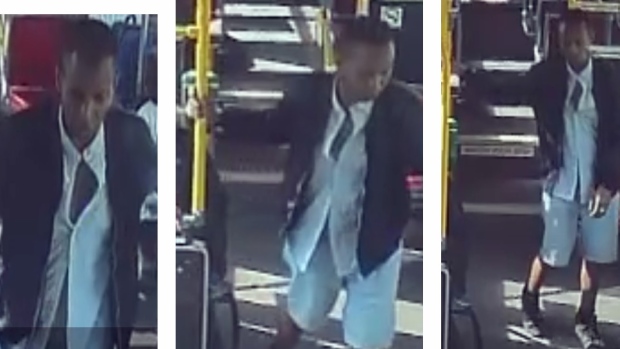 Toronto police are asking for the public’s help identifying a man who they say sexually assaulted a girl on a TTC bus in Etobicoke last Sunday.

The man talked to the girl, police said, and at some point during the conversation, he allegedly sexually assaulted her.

Police said the man exited the bus in the area of The West Mall and Burnhamthorpe Road.

On Friday, police released security camera images of the man. He is described as having a thin build with curly dark hair and is clean-shaven.

Police said he was wearing light-coloured shorts, black high-top shoes with a silver and white tag design on the back and the front, a grey t-shirt with a light-coloured button-up shirt on top and a black jacket.