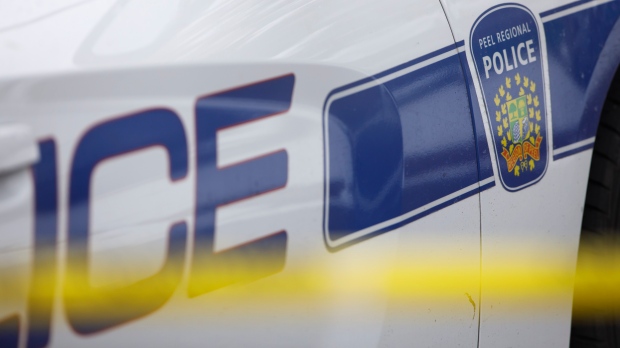 Peel police are looking for two people after a female pedestrian was struck by a vehicle in Mississauga Sunday afternoon.

It happened at the intersection of Pinetree Crescent and Stavebank Road, in the area of Hurontario Street and Queen Elizabeth Way, just before 2 p.m.

The pedestrian was taken to a local hospital with serious injuries, Peel paramedics said.

The vehicle did not remain at the scene but was later located unattended, police said.

The driver and the occupant fled on foot. One of the suspects is described as a white male in his 20s wearing a dark jacket and pants.

The other suspect is a female in her 20s wearing a jacket with fur and dark pants.

Police are asking anyone with information to contact them at 905-453-3311 or Crime Stoppers anonymously.