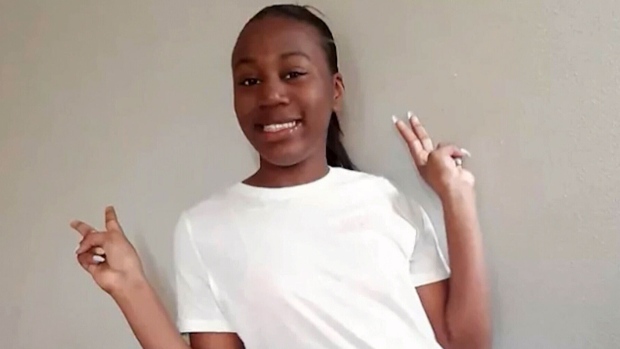 Police have issued a Canada-wide warrant for a 19-year-old man wanted in connection with the fatal shooting of a young girl in Mississauga last week.

It happened at a building in the Darcel Avenue and Etude Drive area at around 9 p.m. on Feb. 1.

Police have previously said that 14-year-old Taffash Riley was found suffering from a gunshot wound in a third floor stairwell and was pronounced dead on scene.

In a news release issued on Friday police identified the suspect in the shooting as 19-year-old Michael Moncherry-Desir.

They say that Moncherry-Desir is wanted on a charge of manslaughter.

“Michael Moncherry-Desir should be considered armed and dangerous. If observed, do not approach and call police immediately,” police said in the news release.

Riley was a Grade 9 student at the time of her death.

She moved to Canada from Jamaica in 2012 and her family has previously said that she had a love for cooking.