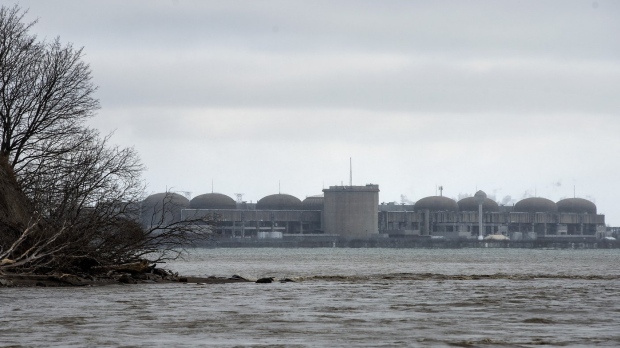 Ontario is asking to extend the life of the Pickering Nuclear Generating Station and is weighing a refurbishment that could see it in service for several more decades, ahead of a looming electricity supply crunch, sources told The Canadian Press.

The nuclear plant, which accounted for 14 per cent of electricity generation in the province last year, had been set to shut down in 2025.

Sources with knowledge of the new plan who were not authorized to speak publicly said Energy Minister Todd Smith is set to announce Thursday that the government is now asking Crown corporation Ontario Power Generation to keep the plant going until September 2026.

The plan would still need approval from the Canadian Nuclear Safety Commission.

The sources say the government has also asked OPG to examine whether the Pickering plant is worth refurbishing, a process that can see a plant produce power for another 30 years.

Ontario’s Independent Electricity System Operator recently embarked upon medium- and long-term procurements for generation sources to try to address the province’s supply needs both as the nuclear plant winds down and as broader electrification takes off, increasing demand.

The additional generation in the medium term relies heavily on natural gas and there are also some natural gas proponents on the IESO’s list of qualified long-term proponents — even as the government seeks to end reliance on it.

Smith has asked the IESO to report back to him this fall on exploring a moratorium on new gas generation and a plan to get to zero emissions in the electricity sector.

Nuclear power is emissions-free, though it is often criticized as being expensive, carrying devastating consequences in the event of an accident, and producing nuclear waste that must be properly sealed away and stored for decades.

Opposition critics have said Ontario wouldn’t be in as much of a supply crunch if the Progressive Conservative government hadn’t cancelled 750 green energy contracts during its first term. The Tories argued the province didn’t need the power and the contracts were driving up costs for ratepayers.

This report by The Canadian Press was first published Sept. 28, 2022.