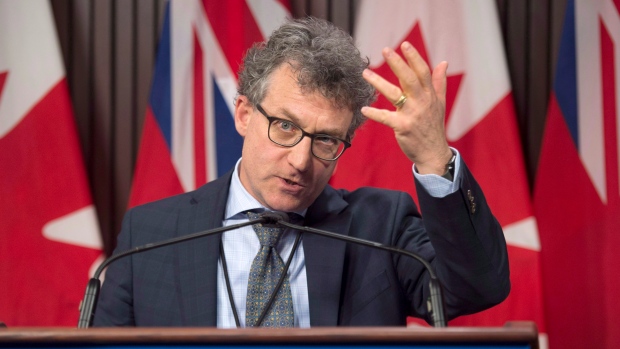 TORONTO — Ontario’s fiscal watchdog is predicting smaller budget deficits over the next few years compared to those in the government’s latest economic update because of stronger revenue growth.

A new report from the Financial Accountability Office says it expects the provincial deficit will decline to $2.8 billion by the end of the 2023-24 fiscal year, down from $16 billion this fiscal year.

That’s compared to the government’s predicted budget deficit of $11.4 billion.

The watchdog report also projects revenues will be $7.6 billion higher by 2023-24 than figures in the government’s plan.

The report makes spending projections similar to the government’s for the fiscal year ending in 2024 but highlights a funding shortfall in the government’s plan, which it says could be offset using “significant unallocated funds.”

The Financial Accountability Office’s report comes ahead of the government’s election year budget that’s expected to come before the end of next month.

This report by The Canadian Press was first published Feb. 8, 2022.