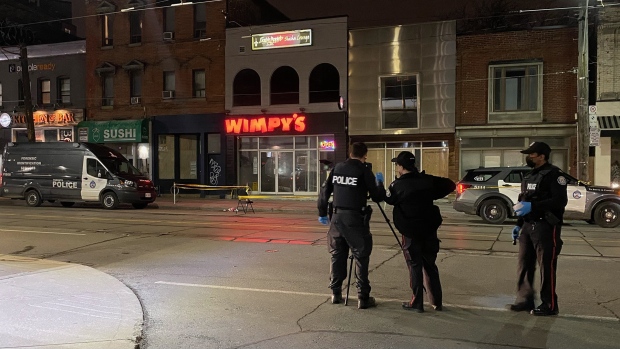 One person was injured in a shooting that occurred inside a shisha lounge in Toronto’s Corktown neighbourhood early on Tuesday morning, Toronto police say.

Emergency crews were called to 372 Queen Street East, just east of Parliament Street, at 2:10 a.m. Tuesday for a shooting inside a shisha lounge.

A victim from the incident made their own way to St. Michael’s Hospital.

Their injuries are considered non-life-threatening.

Forensic identification officers were seen on Queen Street after the incident.

No suspect information was available.