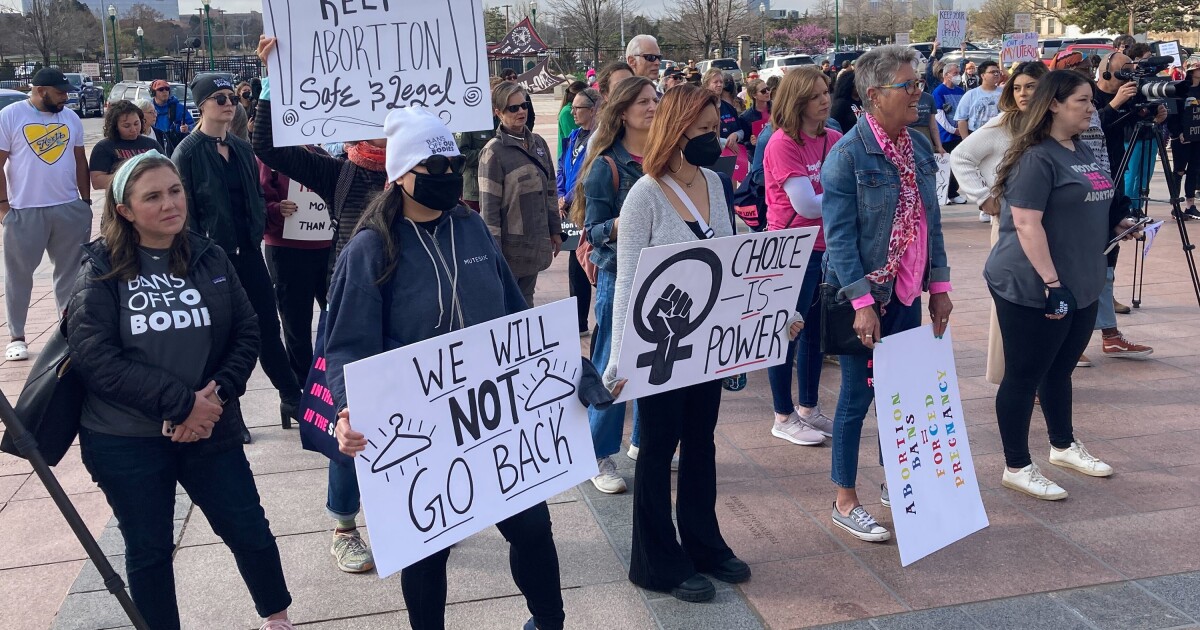 The Oklahoma House gave final legislative approval on Tuesday to a bill that would make performing an abortion a felony, punishable by up to 10 years in prison.

With little discussion and no debate, the Republican-controlled House voted 70-14 to send the bill to Republican Gov. Kevin Stitt, who has previously said he’d sign any antiabortion bill that comes to his desk.

The bill is one of several antiabortion measures still alive in Oklahoma’s Legislature this year, part of a trend of GOP-led states passing aggressive antiabortion legislation as the conservative U.S. Supreme Court is considering ratcheting back abortion rights that have been in place for nearly 50 years.

The Oklahoma bill, which passed the Senate last year, makes an exception only for an abortion performed to save the life of the mother, said GOP state Rep. Jim Olsen, of Roland, who sponsored the bill. Under the bill, a person convicted of performing an abortion would face up to 10 years in prison and a $100,000 fine.

“The penalties are for the doctor, not for the woman,” Olsen said.

Similar antiabortion bills approved by the Oklahoma Legislature in recent years have been stopped by the courts as unconstitutional.

The bill’s passage came on the same day as more than 100 people attended a “Bans Off Oklahoma” rally outside the Capitol in support of abortion rights.

“These legislators have continued their relentless attacks on our freedoms,” said Emily Wales, interim president and chief executive of Planned Parenthood Great Plains Votes. “These restrictions are not about improving the safety of the work that we do. They are about shaming and stigmatizing people who need and deserve abortion access.”

Wales said Planned Parenthood’s abortion clinic in Oklahoma has seen an 800% increase in the number of women from Texas after that state passed the most restrictive antiabortion law in the U.S. in decades.

The Texas law, which took effect last year, bans abortion once cardiac activity is detected, usually around six weeks of pregnancy, without exceptions in cases of rape or incest.

Also Tuesday, the Oklahoma House adopted a resolution to recognize lives lost due to abortion and urge citizens to fly flags at half-staff on Jan. 22, the day the U.S. Supreme Court legalized abortion in its landmark 1973 decision in Roe v. Wade.