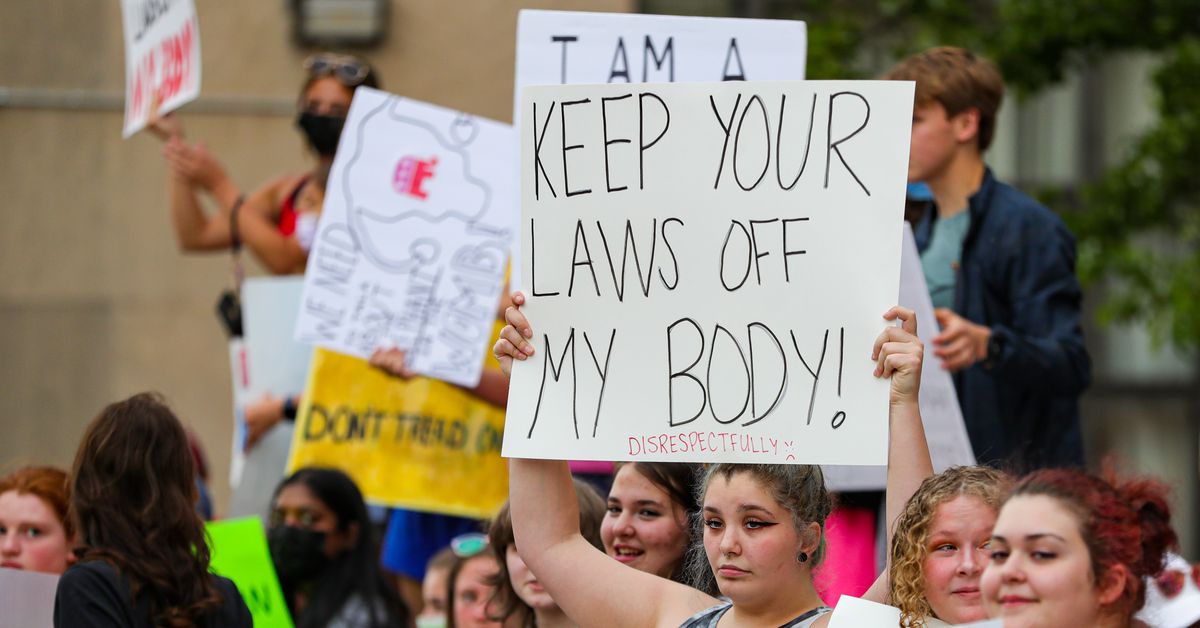 HB 4327 bans all abortions — except in cases where the pregnant person’s life is endangered or in cases of sexual assault or incest — taking place after the moment of fertilization. That means, of course, that all abortions are banned. While it doesn’t actually criminalize abortions, it does allow private individuals to sue anyone who aids in or performs an abortion — or who intends to do so.

The bill would take effect once signed by Republican Gov. Kevin Stitt, who has committed to signing any anti-abortion legislation that comes across his desk and has previously described himself as America’s “most pro-life governor.”

If the bill is signed as expected, Oklahoma would become the “first state in the country to completely outlaw abortion — even while Roe still stands,” Alexis McGill Johnson, the president and CEO of Planned Parenthood Federation of America, said in a statement Thursday.

The bill explicitly notes that it does not prohibit “Plan B, morning-after pills, or any other type of contraception or emergency contraception.” GOP state Rep. Wendi Stearman, the bill’s sponsor, told CNN that the intent is to “discourage abortion, not contraception.”

Despite that, abortion advocates worry that because the language of the bill doesn’t explicitly name IUDs among the allowed forms of contraception, they may soon be under attack. This fear stems from the fact that Republicans in states like Missouri and Idaho are already looking to limit access to IUDs.

In the vast majority of cases, IUDs work by preventing fertilization, either by killing or impairing sperm or stopping sperm from entering the uterus. But IUDs can also prevent a fertilized egg from implanting in the uterus, which some on the right have argued makes them abortifacients rather than contraceptives.

In a statement Thursday, White House press secretary Karine Jean-Pierre called the bill “the most extreme effort to undo” fundamental reproductive health rights so far. Legal challenges to the bill are expected, though none have been filed yet.

The Oklahoma bill is just the latest among a slate of bills passed by Republican-controlled state legislatures attacking abortion rights in anticipation that the US Supreme Court will strike down its 1973 precedent in Roe v. Wade this summer. The end of Roe is widely expected due to the anti-abortion arguments contained in a draft opinion leaked to Politico earlier this month.

That would allow many red states to start enforcing “trigger laws” to prosecute people who provide and receive abortions, rather than having to rely on private individuals bringing civil lawsuits. So long as Roe stands, states have largely refrained from prosecuting people for abortions.

But Republicans have already made headway in severely limiting access to abortion in the meantime.

Texas and Idaho have already banned most abortions. So, too, has Oklahoma: Earlier this year, Stitt also signed two other anti-abortion measures: one modeled after a Texas law banning abortions after fetal cardiac activity can be detected, which can be as early as around six weeks of pregnancy, before many know they are pregnant; and another near-total ban on abortion except in cases where the pregnant person’s life is endangered, which would go into effect in August unless blocked by the courts.