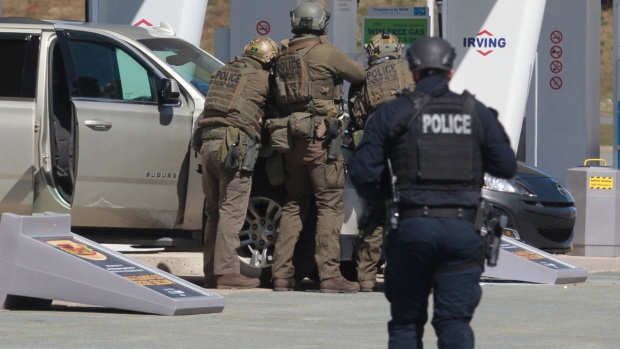 Public trust in the inquiry investigating the mass shooting in Nova Scotia almost two years ago would be undermined if the RCMP officers involved are not compelled to testify, legal experts say.

Last week, the commission of inquiry came under intense scrutiny when the RCMP’s union argued the 18 officers would be “re-traumatized” if they are forced to relive April 18-19, 2020, when a man disguised as a Mountie fatally shot 22 people during a 13-hour rampage.

Police officers routinely give evidence under oath at trials and public inquiries, even when the subject matter is profoundly disturbing and graphic. But the federal-provincial inquiry in Halifax, which started hearings last month, has adopted a novel, “trauma-informed” approach.

Last Thursday, federal lawyer Lori Ward — who represents the RCMP — said the inquiry had entered a “brave new world,” where the traditional trial-style approach had to make way for a new approach of gathering evidence.

The RCMP’s union — the National Police Federation — argued that the Mounties in question have already provided detailed statements to police and the commission, which it said should be good enough for the inquiry.

Christopher Schneider, a sociology professor at Brandon University in Manitoba, said the inquiry must be careful not to cause more trauma, given the horrific nature of Canada’s worst mass shooting. But that priority must be balanced with the public’s right to know what happened.

“The officers’ testimony is integral to having a complete picture of what happened so that we … can make sure that this never happens again,” said Schneider, author of the book “Policing and Social Media.”

“That’s really important to restore public confidence and trust … The RCMP should be compelled to provide testimony.”

Schneider said he doesn’t buy the union’s argument that previously provided unsworn statements should be good enough for the inquiry.

“We could surmise that maybe there’s something that the RCMP don’t want the public to know,” he said. “Maybe they’re trying to conceal something. We don’t know.”

Tamara Cherry, a communications specialist who works with trauma survivors and the media, said she can understand why some survivors of the shootings and victims’ relatives believe the RCMP are trying to hide something. She agreed that the officers should testify, but she insisted that their participation must be handled in a trauma-informed way. And the key to accomplishing this is advance preparation, she said.

“We need to be having thoughtful, meaningful conversations along every step of the way, thinking about how every action, every decision, every question could potentially be harmful to anybody in the room,” she said, noting that an RCMP officer — Const. Heidi Stevenson — was among those killed.

That’s why the lawyers and others involved in the inquiry should have received training on how to handle a trauma-informed proceeding, she said.

“We wouldn’t have these sorts of arguments coming forward if this inquiry made a commitment ahead of time to ensure that all the questioning would be done in the trauma-informed way,” Cherry said.

Part of that process would be preparing witnesses to ensure they aren’t triggered and that potential harm is mitigated through the use of supports and accommodations, she said.

In sexual assault cases, for example, complainants are given the option of testifying from another room, rather than facing the alleged perpetrator. During public inquiries, graphic crime scene and autopsy photos are no longer shown.

Meanwhile, the rancour over the direction of the inquiry is probably causing further trauma for the victims’ families and survivors, she said.

“Right now, I can see how the (RCMP union) could say, ‘Oh well, this system isn’t set up to properly take care of the (officers),’” she said. “It is absolutely a valid argument, and one that should be opening up the broader conversation.”

Wayne MacKay, a professor emeritus of law at Dalhousie University in Halifax, said it’s clear that the investigating officers should not be treated in a way that triggers more trauma.

“There must be creative and innovative ways or even traditional ways in which you can deal with witnesses, both on examination and cross-examination, that would allow that to happen,” he said.

“However, not having people testify at all is a very extreme way to achieve a trauma-informed approach. While it might not produce trauma, it … could possibly call into question people’s trust in the commission.”

The RCMP’s role in trying to stop the unfolding tragedy is central to the work of the inquiry, MacKay said.

“There is no real way to deal with this horrific matter without causing some discomfort for a wide range of people,” he said.

On another front, MacKay said he agreed with speculation that the Mounties may be trying to avoid testimony and cross-examination in anticipation of two civil lawsuits that have been filed against the police force by some victims’ families.

MacKay said if the RCMP continue to push for an exemption, the commission should issue subpoenas to compel their testimony. And he stressed that all testimony should be subject to cross-examination, which will allow lawyers for the victims’ families to test the validity of each officer’s statement.

“That is the best way to get to the truth,” MacKay said, adding that rumours and conspiracy theories about the RCMP proliferated as the inquiry completed a 15-month investigation behind closed doors.

“So in a case like this, to have evidence which is not … tested evidence puts the whole inquiry under a cloud from which it may never escape.”

Brandon Trask, an assistant professor of law at the University of Manitoba, said the RCMP’s union could not direct members to ignore a subpoena.

“If there is a subpoena issued, it’s not an invitation, it’s an order,” he said. “If a subpoena is issued, you know that that would certainly be a game changer.”

This report by The Canadian Press was first published March 6, 2022.