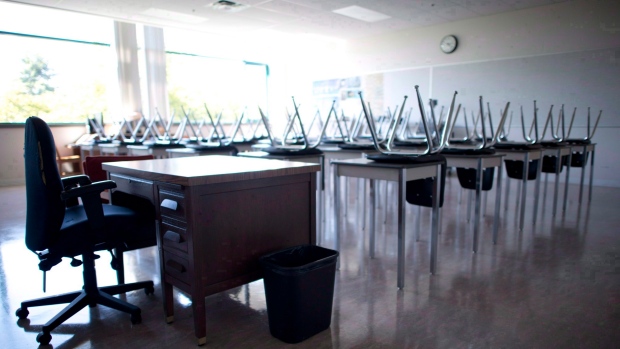 A North York middle school has notified parents about two recent anti-Semitic incidents, including one in which students performed a Nazi salute in front of classmates.

The incidents took place at Charles H. Best Middle School, which is located near Dufferin Street and Finch Avenue.

In a letter sent home to parents, the principal at the school said that the most recent incident involved two students depicting swastika’s. But prior to that there was also a second incident in which students performed the Nazi salutes in front of classmates, the letter said.

“As soon as these incidents were brought to our attention we took immediate steps to address the issue and continue to investigate,” the letter states. “On behalf of Charles H Best Middle School, we acknowledge and regret the harm this incident caused to members of our school community and to our shared school climate.”

The letter sent home to parents noted that the incidents are “unacceptable” and “are not reflective of who we are and what we stand for as a school community.”

In the wake of the incidents, the school says that staff are consulting with TDSB equity advisors “to establish new strategies and tools for addressing antisemitism.”

“We will be working with students to address this matter and incorporate this as a learning opportunity that supports equity and inclusion to underscore our commitment to create a safe and welcoming environment for all,” the letter states.