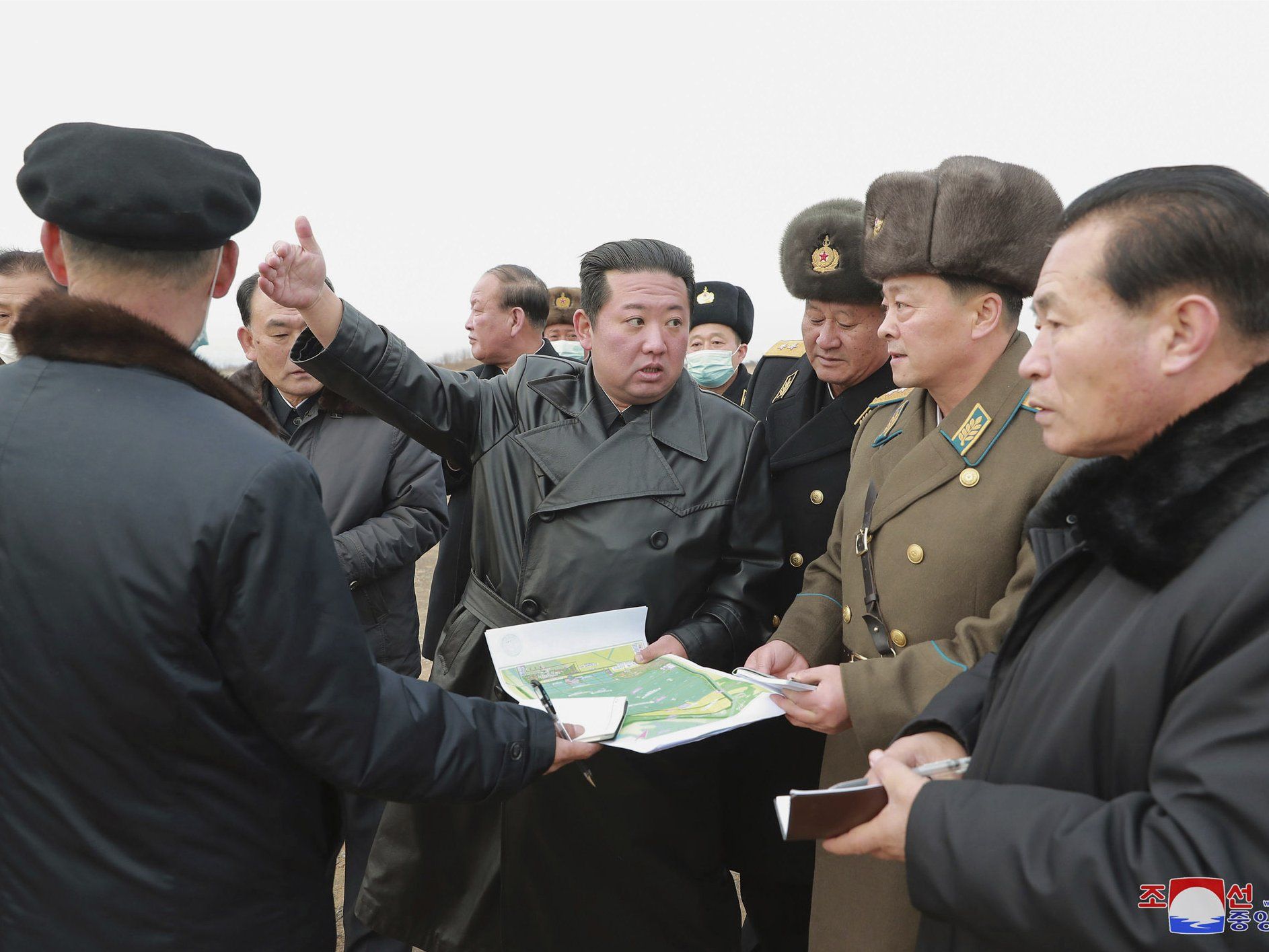 Pyongyang has conducted six weapons tests in January, including hypersonic missiles, one of the most intense barrages in a calendar month on record, as it doubles down on Kim’s military-boosting plans and ignores US offers of talks.

The official Korean Central News Agency said the Tuesday test involved long-range cruise missiles flying over the East Sea — also known as the Sea of Japan — and hitting “the target island 1,800 km away.”

The flurry of sanctions-busting tests this month comes after Kim re-avowed his commitment to military modernisation at a key party speech in December.

Washington imposed new sanctions in response, prompting Pyongyang to double down on weapons testing and hint last week that it could abandon a years-long self-imposed moratorium on nuclear and long-range tests.

He said “the factory holds a very important position and duty in modernizing the country’s armed forces,” it added.

KCNA did not mention Kim attending the weapons tests this week, but a separate state media report said he inspected a vegetable farm in the Ryonpho area of Hamju county, which is close to the site of the Thursday test.

The January launches are all part of North Korea’s five-year weapons development plan to “upgrade its strategic arsenal,” Hong Min of the Korea Institute for National Unification in Seoul told AFP.

“The cruise missiles fired Tuesday are an extension of the same type of missiles fired from last September with improvements in distance and speed,” he said.

The string of tests is also a response to South Korea’s own efforts to upgrade its weapons systems, with successful tests in 2021 of supersonic and new submarine-launched ballistic missiles, he said.

“The North is showing it’s also developing missiles to counter what the South has on its hand,” he added.

The string of tests comes at a delicate time in the region, with Kim’s sole major ally China set to host the Winter Olympics next month and South Korea gearing up for a presidential election in March.

Domestically, North Korea is preparing to celebrate the 80th anniversary of the birth of late leader Kim Jong Il in February, as well as the 110th birthday of founder Kim Il Sung in April.

“We should expect a bumpy first half of the year,” he told AFP.

He said it was also possible that Covid concerns had forced North Korea to modify its usual winter training schedule, prompting a shift to missile testing to ensure “positive propaganda” on national defence domestically.

“This could be all the more important at a time when the national economy is doing poorly and agricultural output may threaten famine-like conditions,” he added.