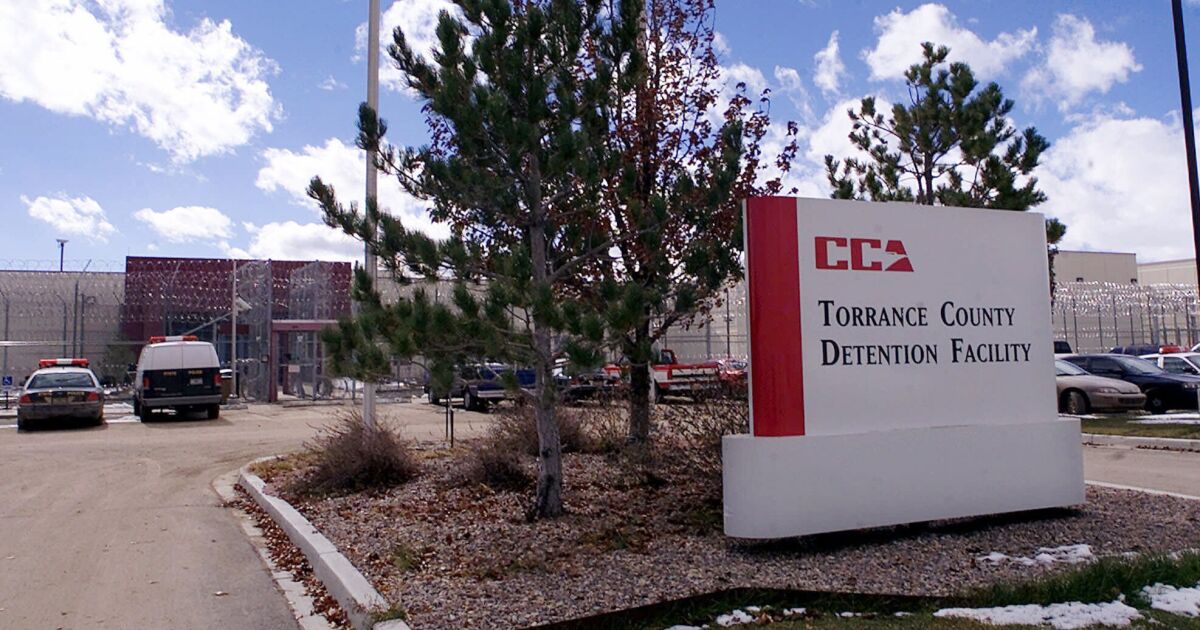 Migrants held by U.S. authorities at a detention center in rural New Mexico have endured retaliation rather than aid after reporting unsanitary conditions at the government-contracted jail, a coalition of civil rights advocacy groups said Wednesday.

A companion complaint Wednesday to the office of civil rights at the Department of Homeland Security documents retaliation, including restrictions on access to legal representation and a falsified accusation of misconduct against an immigrant under the Prison Rape Elimination Act.

The new complaint adds to concerns raised in August by the coalition — which includes the American Civil Liberties Union, Innovation Law Lab and El Paso, Texas-based Justice for Our Neighbors — drawing on information from interviews with scores of migrants at the center.

The Torrance County Detention Facility — privately operated by CoreCivic — is among about 130 detention centers used by U.S. Immigration and Customs Enforcement to hold migrants while their immigration cases are reviewed, though in many cases it allows people to remain free under monitoring.

Representatives for U.S. Immigration and Customs Enforcement did not immediately return messages seeking comment. However, officials with CoreCivic disputed the allegations, saying the migrants were making false claims about conditions at the lockup.

Matthew Davio, a spokesperson for CoreCivic, said the detention center is monitored closely by ICE and is required to undergo regular reviews and audits to ensure an appropriate standard of living for all detainees. He also said ICE employs a compliance officer to ensure the detention center adheres to the agency’s strict standards and policies.

Migrants from several Latin American countries signed the public letter. One, a Dominican national, also recorded a voice message to announce a hunger strike by inmates to draw attention to conditions at the detention center.

Jail officials said Thursday there was no strike and no one had missed a meal.

The new letter from migrants held at the jail says they were moved into a section “in very poor condition. It was filthy, lots of mosquitos, lots of flies, the bathrooms covered in mold. … We were tasked with cleaning it ourselves.”

A government watchdog in March cited unsafe and unsanitary conditions at the detention facility and suggested everyone held there should be removed and transferred elsewhere.

Those findings from the Department of Homeland Security Inspector General were based on an unannounced inspection in February. The findings were disputed by CoreCivic and ICE.

More recently, a 23-year-old Brazilian national held at the Torrance County Detention Facility was found unresponsive by staff on Aug. 17 and died several days later at a hospital in Albuquerque. The death is under review by ICE, while the ACLU says it appears to be linked to a suicide attempt.