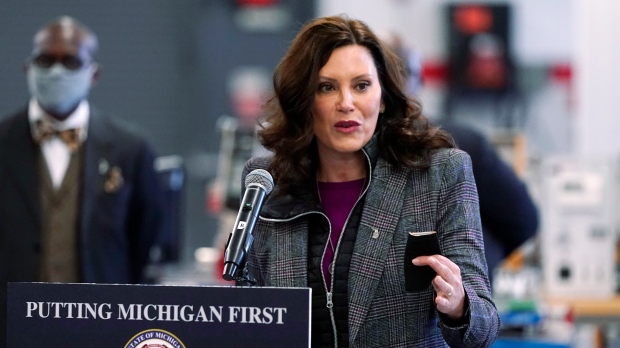 Michigan’s governor is calling on Canada to stop a border protest snarling one of the country’s busiest trade routes.

The protest on the Canadian side of the bridge that links Windsor, Ont., and Detroit began on Monday.

Michigan Gov. Gretchen Whitmer says the protest is hurting “Michigan’s working families who are just trying to do their jobs,” noting the Ambassador Bridge is the busiest land border crossing in North America.

She says the local, provincial and national governments must “de-escalate this economic blockade.”

Prime Minister Justin Trudeau says he and Ontario Premier Doug Ford are working to get the situation under control.

Automaker Ford of Canada is running its plants in Oakville, Ont., and Windsor at reduced capacity today, saying the disruption at the bridge could have widespread impact on automakers on both sides of the border.