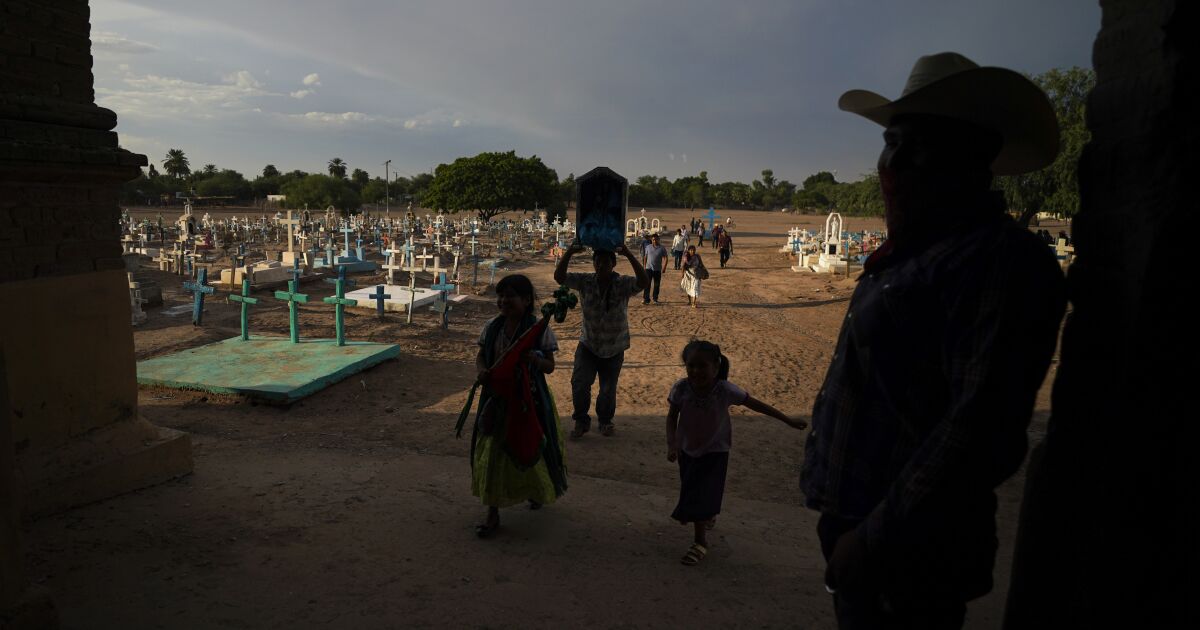 Mexico has become the deadliest place in the world for environmental and land-defense activists, according to a new global survey that says Latin America accounted for more than two-thirds of the 200 slayings of such activists around the world in 2021.

The murder of Indigenous land defenders often conjures up images of Amazon activists killed deep in the jungle; Colombia and Brazil still account for many of the deaths. But according to the report released Wednesday by the non-governmental group Global Witness, Mexico saw 54 activists killed in 2021, compared with 33 in Colombia and 26 in Brazil.

The victims were often among the bravest and most well-respected people in their communities. That was the case in northern Mexico with Yaqui Indigenous water-defense leader Tómas Rojo, who was found dead in June 2021. Authorities claim Rojo was killed by a local drug gang that wanted the money the Yaqui sometimes earn by collecting tolls at informal highway checkpoints.

Between 2010 — when Sonora state authorities built a pipeline to siphon off the Yaquis’ water for use in the capital, Hermosillo — and 2020, Rojo led a series of demonstrations and acts of civil disobedience, including a months-long intermittent blockade of the state’s main highway, which caused millions in losses for businesses and industry.

People who knew Rojo don’t believe the gang-and-toll-money theory. They say he was killed by the powerful interests that stand to profit from the Yaquis’ land and water rights in Sonora, across the border from Arizona.

“Tomás demonstrated his capacity as a natural leader. He was a descendent of warriors,” said Fernando Jiménez, who fought alongside Rojo in a movement to defend the tribe’s water after the government began diverting Yaqui water to rapidly growing Hermosillo.

Rojo’s body was found half-buried near Vicam, nearly three weeks after he disappeared. He was initially identified by a red neckerchief he had been wearing when he left home.

Rojo was a descendant of Tetabiate, a Yaqui leader killed in a 1901 battle with the government, which deported the surviving Yaquis to work in slave-like conditions on henequen plantations in faraway Yucatán. The last battle against the Yaquis was fought in 1927, and included the government using airplanes against warriors still armed mostly with bows and arrows.

In 2014, Sonora authorities tried to arrest Rojo and Jiménez on what Yaqui leaders consider trumped-up charges of kidnapping — charges that were later dismissed. Rojo avoided capture and fled to Mexico City, but Jiménez was jailed in Hermosillo. The two kept the movement alive by speaking in Yaqui language in prison telephone calls.

“In prison, they made you speak Spanish,” Jiménez recalled. “They didn’t want me to speak my native language because they wanted to know what I was saying.”

The Yaquis are the legal owners of at least half the water in the river basin that bears their name and which they have defended through nearly five centuries of massacres and extermination. But they have seen much of their water redirected to feed burgeoning industries and projects to plant vineyards and avocados in the desert.

Mexican President Andrés Manuel López Obrador last month apologized to the Yaquis for past abuses and promised a series of infrastructure programs to improve their lives. But López Obrador has refused to stop the siphoning off of their water, though the director of the local water district, Humberto Borbón, says it is “100% illegal” and court rulings have backed the Yaquis’ position.

The Yaquis live on land coveted by Mexican drug cartels and the owners of water-hungry lithium mines. But they themselves live in poverty and often don’t even have running water in their homes.

The Mexican government has defended the use of the Yaquis’ water for industrialization in Hermosillo, which has a huge Ford automotive plant and rapidly expanding industry and suburbs.

The Yaquis themselves won’t say who they think ordered the Rojo’s killing.

“It’s like it is in every case, here in Mexico and everywhere else in the world,” said Jiménez. “Governments always tend to conquer the strongest leaders. The strongest voices disappear.”