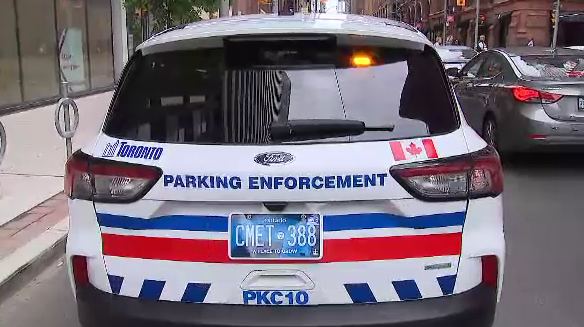 A man has been charged in connection with the assault of a parking enforcement officer in the city’s Corso Italia neighbourhood on Monday.

A parking enforcement officer asked a driver to move along as he was stopped in a designated rush hour route, police said.

When the driver refused, the officer issued him a ticket. Police said the driver then allegedly physically assaulted the officer, forcefully striking the officer’s left hand, which was holding the ticket.

Police said the driver subsequently got back into his vehicle and drove away.

On Wednesday, police announced that they had arrested a suspect, identified as 32-year-old Huseyin A. Akyol of Toronto.

He has been charged with assault and is expected to appear in court in January.

The alleged assault happened days after Toronto police spoke about the concerning uptick in violent incidents against parking enforcement officers, saying there has been an alarming “surge” in aggressive behaviour towards them.

“They (parking enforcement officers) will go out each day, do their job and be yelled at, have cars come at them, have people challenge them and say offensive and derogatory comments towards them. And yet they come in, they put their book away, they smile, and they go home and try to resume a normal life,” Matt Moyer, the acting superintendent of Traffic Services, said last week. “They have accepted that as the norm and we think that has to change.”