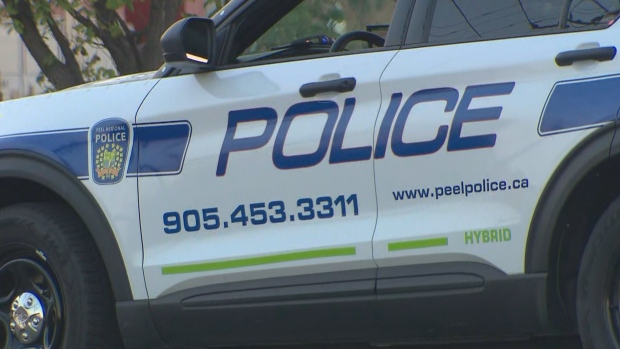 Officers responded to multiple collisions at locations beginning on the QEW at Hurontario Street up to Burnhamthorpe Road, shortly before 12:15 p.m.

Police said there were a total of eight separate collisions, with one suspect vehicle involved in all of them.

One person was transported to a local hospital with minor injuries. No other injuries were reported.

A male driver fled on foot after a collision at Hurontario Street and Burhamthorpe Road but he was located and arrested a short time later, police said.

In addition, westbound lanes on Burnhamthorpe Road are closed east of Hurontario Street.

Police say the closures are expected to last for awhile.