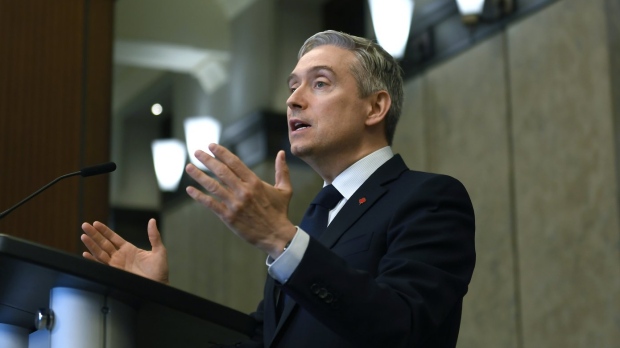 Canada’s industry minister will convene a meeting with the leader of Rogers Communications in the wake of a massive outage that paralyzed the company’s network and hampered several crucial services, his office announced on Sunday, even as some customers continued to report service disruptions.

A statement released from the office of François-Philippe Champagne said he plans to meet with Tony Staffieri and other telecom leaders to discuss the importance of improving “the reliability of networks across Canada.”

“These services are vitally important for Canadians in their day to day life and we expect our telecom industry to meet the highest standards that Canadians rightly deserve,” the statement read.

Staffieri released a statement on Saturday attributing Friday’s widespread outage to a network system failure following a maintenance update, adding that the “vast majority” of customers were back online.

But many continued reporting service disruptions into Sunday, including Courtice, Ont. resident Paul Platt, who said his home wireless network was only restored after being down for more than 48 hours.

Platt said many of the appliances in his home, including some lights, locks and smoke detectors, depend on an internet connection to function.

“Nothing was working in my house at all,” he said.

Platt said he checked in on his elderly neighbours — one with Parkinson’s disease and another who recently had heart surgery — every few hours over the weekend, noting they also rely on Rogers service and wouldn’t be able to call 911 if needed.

Platt said he made numerous attempts to contact Rogers through support lines and social media but was unable to reach any staff.

He said he’s frustrated both with the lack of communication from Rogers for customers still affected by outages and Staffieri’s Saturday statement in which he said the company’s network and systems were “close to fully operational.”

Rogers declined to comment on continued outages when asked by The Canadian Press, but referred to Staffieri’s previous statement in which he said technical teams are continuing to monitor for “any remaining intermittent issues.”

The company issued a statement later in the day saying it was aware that some customers were continuing to experience “intermittent challenges with their services.”

“Our technical teams are working to resolve those remaining issues as quickly as possible,” the company said in a tweet, reiterating the message that service had been restored for the “vast majority” of customers.

Rogers did not immediately respond to request for comment on the pending meeting with Champagne.

Downdetector, a website tracking outages, showed the number of people reporting problems with Rogers’ service was significantly higher than usual on Saturday afternoon and Sunday morning.

There were more than 2,200 outage reports on the site at 5 p.m. on Saturday, up significantly from the baseline of 38 usually seen on the site at that time. Sunday morning’s logs showed 1,479 reports at 8:30 a.m. compared to a baseline of 18.

Montreal, Toronto and neighbouring Mississauga, Ont., and the Ontario cities of London and Kitchener were among those logging the most reports on the website, with the majority of reports being related to issues with Rogers’ landline internet.

This report by The Canadian Press was first published July 10, 2022.

Companies in this story: (TSX:RCI.B)

— With files from Stephanie Taylor in Ottawa.