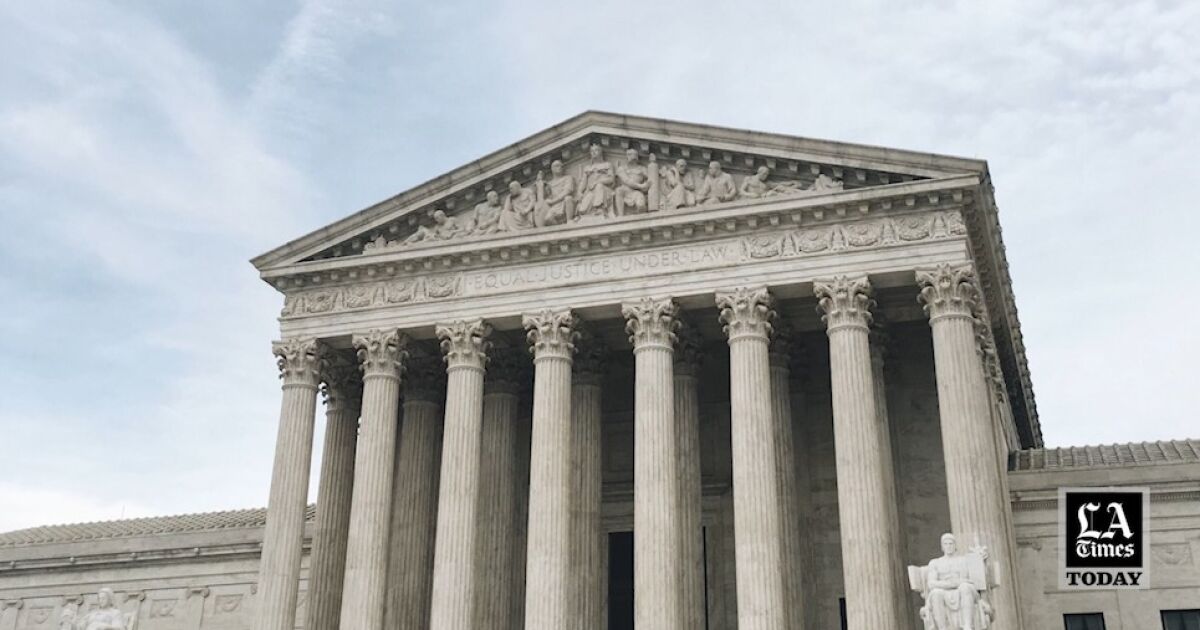 Here’s a look at some of the major cases to be heard by the Supreme Court in the term beginning Oct. 3.

Are Harvard and the University of North Carolina violating the Constitution and federal civil rights law by giving an edge to qualified Black and Latino applicants and by discriminating against Asian American students?

Since the 1978 Regents of the University of California vs. Bakke case, the court has held that colleges and universities may consider race as a “plus factor” for Black and Latino applicants to create a more diverse class.

But the court’s conservatives have long opposed this affirmative action, and they contend the law prohibits consideration of an applicant’s race.

Students for Fair Admission vs. Harvard and SFFA vs. UNC will be argued Oct. 31.

Does the Voting Rights Act call for fair and equal representation for Blacks and Latinos, sometimes requiring states to draw election districts likely to elect a Black or Latino candidate?

Lawyers for Alabama call this a form of “racial segregation” and urge the court to adopt a “race neutral” rule that frees states from this duty of fair representation for racial minorities.

About 27% of Alabama residents are Black, but only one of seven congressional districts had a Black majority under the state’s map.

Merrill vs. Milligan will be argued Oct. 4.

Does a state legislature have an “independent” and exclusive power to set the rules for federal elections, or can the state supreme court or the governor play a role as well?

This case arose when North Carolina’s Republican legislators drew a highly partisan election map that would ensure 10 of 14 congressional seats would be held by the GOP.

But the state Supreme Court ruled the map was unfair and violated the state constitution, and the judges drew a new map. Now Republican legislators are urging justices to rule the map-making power is theirs alone.

Election law experts fear such a ruling could embolden partisan lawmakers to interfere with the 2024 presidential election.

Moore vs. Harper will be heard in December.

Does a Colorado website designer who is a conservative Christian have a free-speech right to refuse to work on wedding plans for a same-sex couple, or does this discrimination violate the state’s civil rights law?

Four years ago, the justices wrestled with this question in the Masterpiece Cakeshop case involving a baker of wedding cakes but failed to decide the free-speech question.

A ruling for the Colorado plaintiff could affect California and 20 other states that forbid discrimination based on sexual orientation.

303Creative vs. Elenis will be heard in December.

Can wetlands usually be protected from development under the Clean Water Act or only if they are part of a permanent and flowing body of water?

Federal law says the Environmental Protection Agency may protect the “waters of the United States” from pollutants, but it is not clear whether the agency’s authority extends to seasonal streams or soggy land that is not directly connected to a lake, river or bay.

Sackett vs. EPA will be argued on Oct. 3.

Can California voters require that pork meat sold in the state come from farms where animals are not “abused” and where breeding pigs are given enough room to stand and turn around?

Midwest farmers say 99% of the pork sold in California comes from outside the state, and they say the state’s rules would force them to make costly changes in their operation.

The court will hear their complaint that Proposition 12 of 2018 is unconstitutional because it interferes with interstate commerce.

National Pork Producers Council vs. Ross will be argued on Oct. 11.

Can the Biden administration enforce guidelines that call for arresting and deporting only immigrants who pose a current danger to public safety, or does the law require arresting and removing anyone with a criminal record or final order of removal?

The administration argued immigration officials have always had broad discretion in enforcing the law, but a judge in Texas blocked the use of the new guidelines.

And by a 5-4 vote, the Supreme Court in July refused an emergency request to lift the judge’s order.

U.S. vs. Texas is likely to be heard in December.

Does the Indian Child Welfare Act interfere with a state’s power over adoptions and foster case, and unfairly limit adoptions by parents who are not members of the child’s tribe?

Congress adopted the measure in 1978 to prevent Native American children from being removed from tribes, but Texas and three couples sued contending the law goes too far.

Haaland vs. Brackeen will be heard Nov. 9.

Did Andy Warhol make fair use of Lynn Goldsmith’s 1981 photograph of Prince by transforming it into something new and different in 1984 with his Prince series of silkscreens, or did he violate her copyright because his work was clearly derived from hers?

This is an important question of copyright law since judges are divided over whether adaptations of copyrighted material can be freely used if they are sufficiently “transformative.”

Andy Warhol Foundation vs. Goldsmith will be argued Oct. 12.