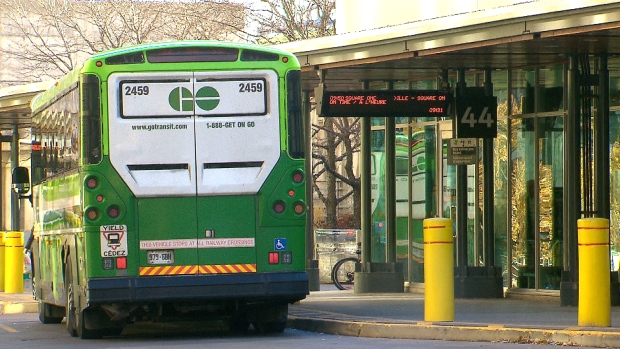 Metrolinx says GO buses are not stopping at or departing from Union Station Bus Terminal on Sunday as striking rail terminal workers have blocked road access to the area.

“(Toronto Terminals Railway) protestors have arrived at Union Station Bus Terminal again and are blocking our GO buses from entering or exiting. They did this yesterday as well,” Metrolinx spokesperson Anne Marie Aikins told CP24.

As a result, buses are being re-routed to other transit stations.

For instance routes 16, 18, 21 and 31 buses will begin and end at Port Credit GO station on the Lakeshore West line, and passengers can transfer to trains there to access Union Station.

A complete list of bus changes is available here.

“We appreciate this alternative plan is not as convenient for our customers but we are doing whatever we can to get them to their destination safely and efficiently, and appreciate their patience and understanding,” Aikins said.

About 95 Toronto Terminals Railway workers walked off the job earlier this week, after voting down a tentative agreement in Sept. 2021.

They say wage demands are central to the disagreement.

The striking workers, represented by the International Brotherhood of Electrical Workers, said on Twitter Sunday that they “would love to be back at the bargaining table” instead of striking and accused Metrolinx of hiring replacement workers or “scabs” at Union Station.