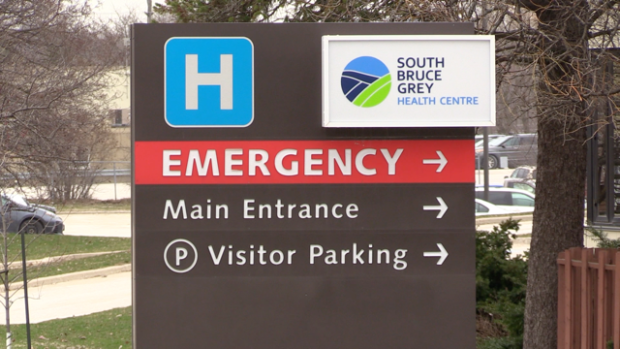 An emergency department at a hospital in Grey County will be temporarily shutting down this weekend due to staffing shortages.

“All efforts to find staffing for the Emergency Department have been undertaken without success,” SBGHC wrote in a statement on its website.

“We appreciate the patience and understanding of the community as we continue to experience significant staffing pressures. This is a temporary measure, and we regret that this step has to be taken.”

SBGHC said the closet emergency departments to the Durham hospital are:

The hospital network said it had previously identified possible risks to reduction in service if the staffing issues persisted.

“SBGHC had identified that there was a risk of a future, time-limited reduction in service when the Chesley Emergency Department was reopened last month if the health human resource (HHR) situation deteriorated further,” SBGHC wrote.

SBGHC said anyone requiring immediate medical attention should call 911 to be taken to the nearest emergency department or contact Health Connect Ontario for non-urgent health care needs by calling 811.

For the past few months, emergency departments across the province have been closing their doors due to healthcare worker shortages, with burnout from the COVID-19 pandemic often cited as a contributing factor.

Yesterday, Montfort Hospital in Ottawa’s east end announced that their emergency department will be temporarily closed overnights this weekend as the hospital deals with an “unprecedented shortage” of nurses.

It’s emergency department will be shuttered on Saturday and Sunday between 7:30 p.m. and 7:30 a.m. The temporary closure will remain in effect until Monday at 7:30 a.m.

On Friday, unions representing 120,000 hospital workers renewed their calls to the provincial government to take immediate action to address the growing staffing crisis.

The unions are asking the province to repeal legislation which caps public sector wage increases at one per cent, implement new financial incentives to discourage retirements and invest in on-site supports, such as childcare facilities.

Premier Doug Ford said earlier this week that Ontarians continue to have access to care when they need it but reiterated calls for more financial support from the federal government to address the worker shortage.