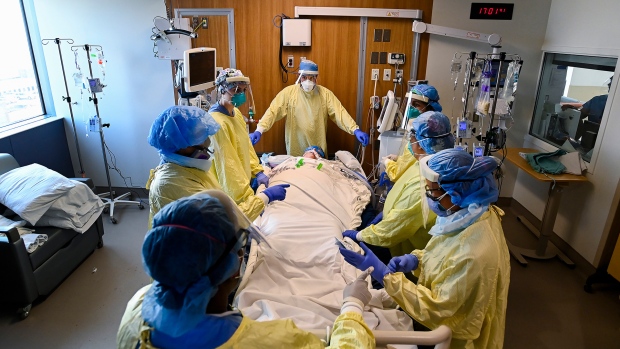 The number of COVID-19 positive patients being treated in Ontario hospitals has risen by nearly 11 per cent week-over week amid signs that viral activity levels are beginning to pick up.

The latest data from the Ministry of Health suggests that there are now 1,265 people in Ontario hospitals testing positive for COVID-19, up from 1,141 at this time last week. The number of those patients in intensive care also rose week-over-week, going from 129 to 133.

It is the highest number of COVID-19 positive patients being treated at Ontario hospitals at any one point since Aug. 26.

It also comes as wastewater surveillance data from Public Health Ontario begins to point towards an increase in the number of active infections in most parts of the province.

In fact, data released last week suggested that the so-called wastewater signal in Ontario has been climbing since around the second week of September but remains lower than where it was during a rare summer wave of the pandemic in July.

In the latest batch of data released by the ministry, most public health indicators do appear to be worsening as the weather cools and more people head indoors.

The number of new cases detected through PCR testing over the last week stood at 8,627, rising for the third week in a row.

The positivity rate on PCR testing also went from 11.98 per cent last week to 12.42 per cent this week.