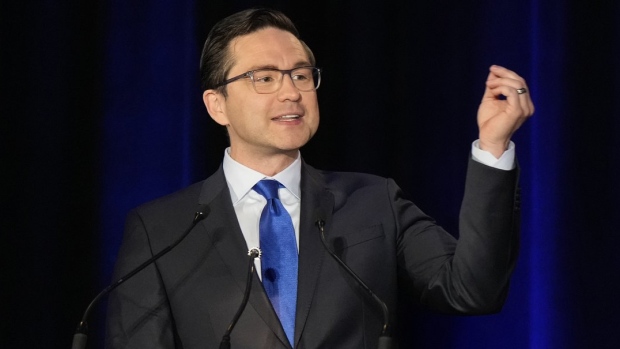 The federal Conservatives raised more money than the Liberals and NDP combined during the second quarter of this year, as the party inches closer to choosing a new leader.

The Conservatives raised over $4.4 million from about 36,000 donors between April 1 and June 30, while in the middle of a leadership race.

The People’s Party of Canada, which does not hold any seats in Parliament, raised just under $200,000 from about 4,000 donors.

All parties, except for the Greens, received less money from donations in the second quarter than in the first three months of the year.

A year-over-year comparison shows donations are down from the second quarter of 2021, when parties were gearing up for a rumoured snap election.

There are no filings for the People’s Party of Canada for the second quarter of last year.

Financial returns filed with Elections Canada also lay out contributions to the Conservative federal leadership candidates during the second quarter, which totalled over $8 million.

Front-runner Pierre Poilievre received the most contributions of the candidates running for leadership of the party.

The Conservatives will announce the winner of the leadership race on Sept. 10.

This report by The Canadian Press was first published Aug. 2, 2022.